Sept. 6, 2013. The Boone Bowling Center is on the market after nearly 30 years since Mario and Diana Perret-Gentil bought the business that is located on Boone Heights Drive. 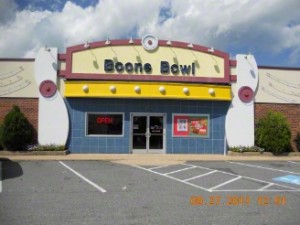 Diana said the couple is ready to retire after running the bowling alley for 29 years and earning enough to put two kids through college.

“It’s time for younger people to take it over,” Diana said, adding that business is going well.

Click here for more info on the Boone Bowling Center.