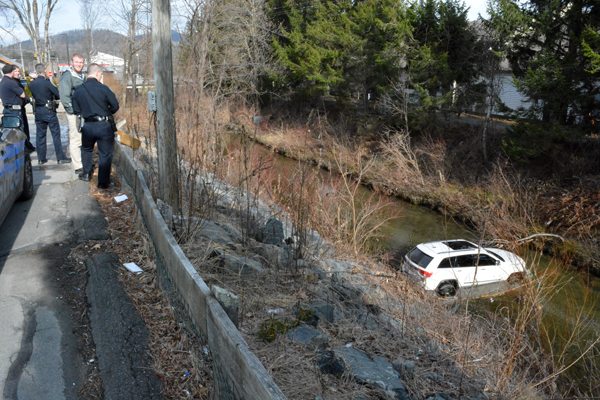 A scary scene unfolded behind the Ride With Pride car wash off of Blowing Rock Road on Monday afternoon.

Natalie Watson Jones, 41, of Valle Cay Drive in Vilas was driving her 2012 Jeep through the automatic car wash when she said that her dog became anxious and jumped from the backseat towards her feet, causing her to accelerate. The Jeep went through the guardrail and careened down an embankment before coming to a rest in a creek.

According to the accident report, the Jeep had an estimated damage total of $18,000 and was not considered drivable. Jones was uninjured and out of the vehicle before the police arrived.

Evan Laws was the investigating officer on scene.