As rain falls across the High Country today, Ashe County, the Todd community and surrounding residents are mourning the loss of the Todd General Store, a historical landmark established in 1914. The building had a fire last night, and the Todd Volunteer Fire Department and surrounding fire departments responded to the flames around 10 p.m. The cause of the fire is still unknown at this time.

Calls seeking comment from Ashe County Emergency Management and the Todd Volunteer Fire Department have not been returned. The story will be updated should High Country Press hear back.

As of this morning, not much remains on the site apart from rubble besides the front steps and a green picnic table that now stands out. A few community members were standing at the location looking shocked at the devastating aftermath of the event.

The 107-year-old, three-story building was a property in the Todd Historic District, which is listed in the National Register of Historic Places. The Todd General Store changed owners several times through the years, but it was the oldest operating store in Ashe County and one of the oldest operating general stores in North Carolina.

The Todd General Store featured a deli, crafts, homemade jellies and jams, ice cream, antiques, collectibles, music, rustic furnishings and books from local authors. It also had dining areas on the front and back porches for guests to sit at and enjoy the atmosphere.

The Todd General Store was located 10 miles south of West Jefferson or 11 miles north of Boone off of N.C. 194 overlooking the South Fork of the New River just north of the Todd Fire Station. The address of the site is 3866 Railroad Grade Road in Todd.

A GoFundMe has been started to help support the owners during this time. A link can be found here.

The photos below are of the aftermath this morning taken around 11 a.m. by Nathan Ham. 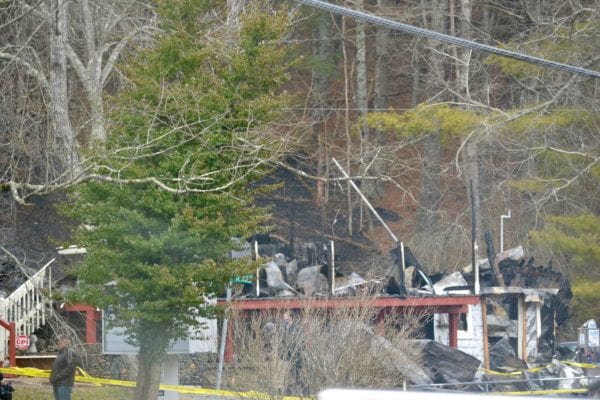 Here are some photos submitted by Yndiana Montes that show what the inside of Todd’s General Store looked like: