Preliminary harvest figures show that 868 bears in the mountains of North Carolina were killed in 2012, which if those preliminary figures were to hold up would be 26 percent less than the 1170 killed in 2011.

Carraway, who has worked with bears for the past 15 years, was quick to emphasize that the 2012 figures tallied so far don’t account for all incoming reports as of yet. However, he still predicts that 2012 bear kills will be less than the near-record amount killed in 2011.

“Because we had a better hard mast crop this year and bears were harder to hunt, I expect this year to be a lower harvest than last year,” Carraway said, adding that if this is the case than a baby boom of cubs this spring is possible, which in turn could lead to more nuisance complaints in 2013.

Unlike in 2011, acorns and berries were plentiful this past year and bears didn’t need to run the risk of interacting with humans to find food.

“When natural food sources like acorns and berries are abundant, the harvest tends to be lower because bears have plenty of food to eat. They don’t have to move as far. When they don’t move as much, they are less available for hunters, harder for hunters to find,” Carraway said.

Because of the recent bumper crop of hard mast, such as acorns, hickory nuts and beech nuts, Carraway predicts nuisance complaints regarding bears will decrease significantly when the total figures are tallied – from 400 complaints in 2011 to “in the neighborhood” of  300.

The bear hunting season started on Oct. 15 and stopped on Nov. 17 for a three week break. It picked back up on Dec. 10 and ended on the New Year. The harvest limit per hunter was one per season.

As for the preliminary kill figures in the High Country, Watauga had 10 kills, its second-highest harvest total since 1996 – which is as far back as harvest records go on the website of the N.C. Wildlife Resources Commission.

“It’s simply a matter of numbers,” Carraway said. “Bear mortality is not keeping up with reproduction and survival, which means essentially that more bears are born than are killed.” 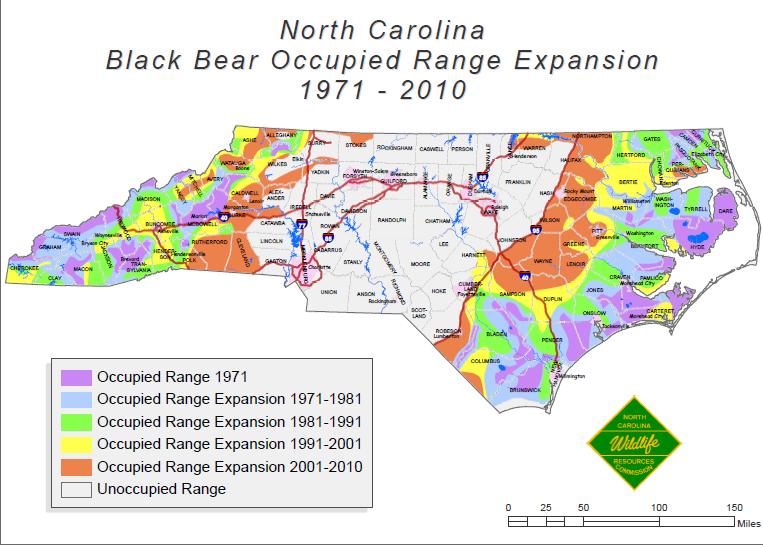