Pfafftown gets its fourth lottery win of $1 million or more

Stephen Clopton matched all five numbers in the Jan. 13 drawing to win the jackpot.

“I had to check a few times to make sure it was real,” Herman Mazzeo said.

Yong Bin Liu purchased his lucky $10 ticket at the Xpress Depot on Fayetteville Road in Lumberton. 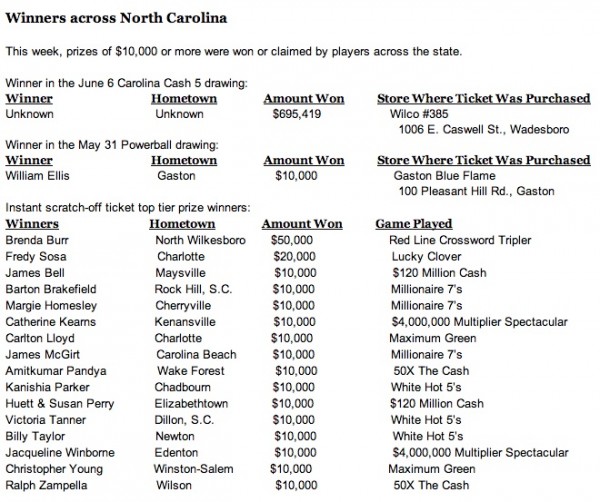