Lance Coffey, 17, was only four years old on Sept. 11, 2001. While Coffey barely remembers that day and didn’t understand what was happening, the tragedy made an indelible impact on Coffey later in life.

A senior at Watauga High School, Coffey formed the school club called the Young Americans for Freedom last year. On Thursday evening, Coffey and about a dozen others in the club, placed 2,977 American flags on the high school grounds.

That number represents each person that was killed on 9/11 and the flags serve as a memorial.

“Well, I did it because I felt we needed a special memorial for 9/11 and we needed to remember it in a special way,” Coffey said.

The Young America’s Foundation donated the flags to the school club at Watauga High School.

This morning, students, staff and teachers arrived at the Watauga High School and witnessed quite a site as nearly 3,000 American flags painted the grounds of the high school.

“I think they definitely took something from it and kind of realized how incredible of a memorial it is,” Coffey said. 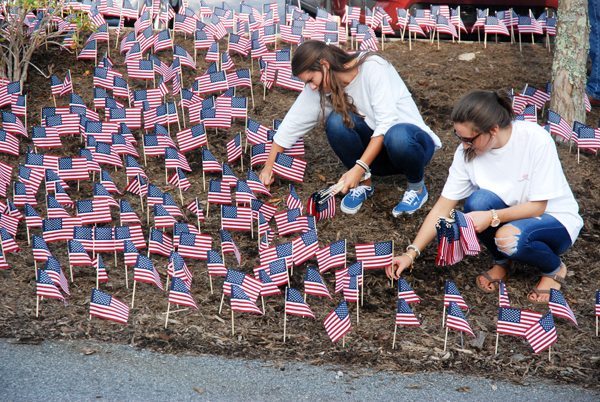 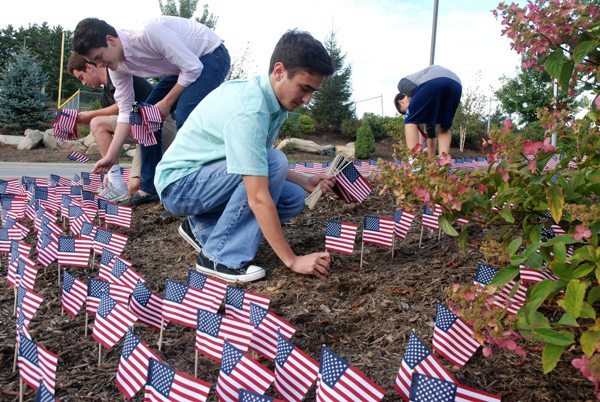 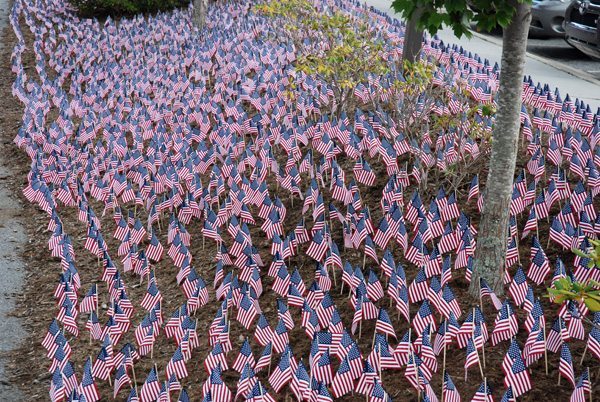