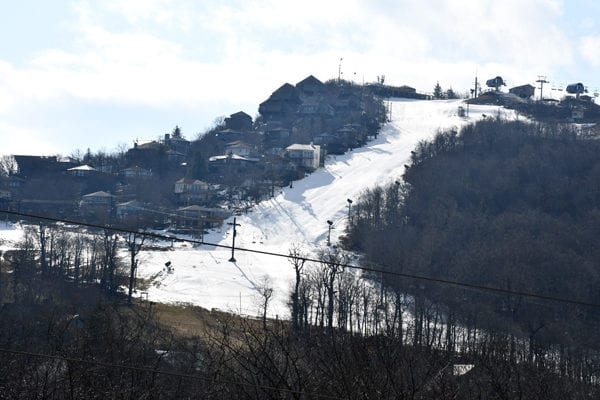 Snowmaking is in full swing at Beech Mountain gearing up for Saturday’s opening of the 2019-20 ski season.

Skiers and snowboarders may notice a few upgrades that Beech Mountain made over the summer, including 34 brand new LED slope lights to make those night skiing trips down the slopes even more fun.

In addition to the lighting upgrade, Beech Mountain has made significant strides in increasing its snowmaking capabilities that included a new water pumping system and 6,500 feet of new water and air lines with a diameter anywhere from 12 to 24 inches.

“The new pump automatically engages so what the snowmakers say, it has made a really big difference. We can pump 3,000 gallons of water up the hill so it has made for a big improvement,” said Talia Freeman, the Director of Marketing for Beech Mountain Resort.

The new water pumping capabilities will allow for existing snow guns and new SMI fan guns and tower guns to maximize the snowmaking on the trails.

Freeman said that the mountain has been making snow off and on as much as they can since November 1. It all just depends on the temperatures as to the extent of the snowmaking that can take place.

Beech Mountain will be open for day skiing only from 9 a.m. until 5 p.m. through December 13. Regular night skiing hours will begin on December 14.

“We’re hoping for one more cold snap to be able to open more terrain but I feel like we’ll have a good product on Saturday and we feel good about everything going into a new year,” said Freeman.

There will be at least five trails and three lifts open for Saturday’s skiing session.

The Beech Mountain Brewing Co. will be open and Ski Beech Sports is having a big sale on clothing and hardware.

Be sure to check out Beech Mountain’s website for updates on what trails and lifts will be open throughout the season.

Photos by Ken Ketchie, taken a few days ago as Beech Mountain prepares to open Saturday.