CURRENT NC STATS
SOME OF THE LARGEST LAYOFFS IN THE STATE
“SUSTAINED LEVELING” IS THE NEW “PEAK”
The basic idea had been to reopen once we were about two weeks past the peak. And that’s still the official guidance from the White House.
But the problem is the more we’ve flattened the curve the more we’ve pushed out the peak. Different models show different peaks, but some of them now take us out to late June (at least for Mecklenburg).
So we readjusted. We want to keep people safe AND provide a pathway to reopening. The new position is, “Ok, as long as we’ve basically flattened the curve for a couple weeks, we’ll start to carefully reopen.”
That means that the new goal is “sustained leveling.” We’re looking for leveling in a handful of metrics, not just infections. (The truth is, we’re still strictly rationing our tests due to multiple bottlenecks and material shortages, so we really can’t base policy just on infection rates.)
One of those key metrics is hospitalizations. Here’s where we are: 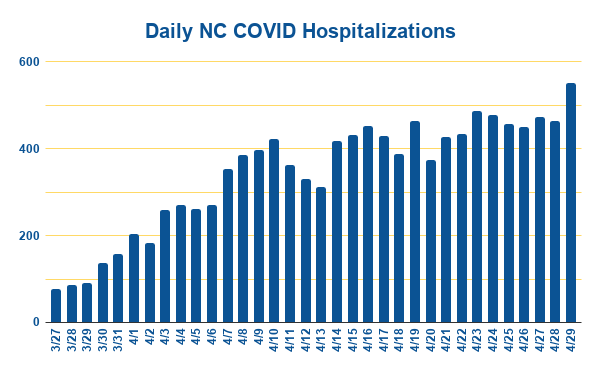 Except for a small uptick yesterday, you can see some decent leveling here. That’s positive – and it’s also why hospitals have slowly resumed elective surgeries. The sudden halt in almost all elective surgeries cost our state’s health care system nearly $1b last month, with rural hospitals getting hit the hardest.
Another key metric is testing. NC DHHS says they want to see testing average of 5,000 – 7,000 people per day. As you can see from this chart, we’ve only gotten into that range five times in the last month. 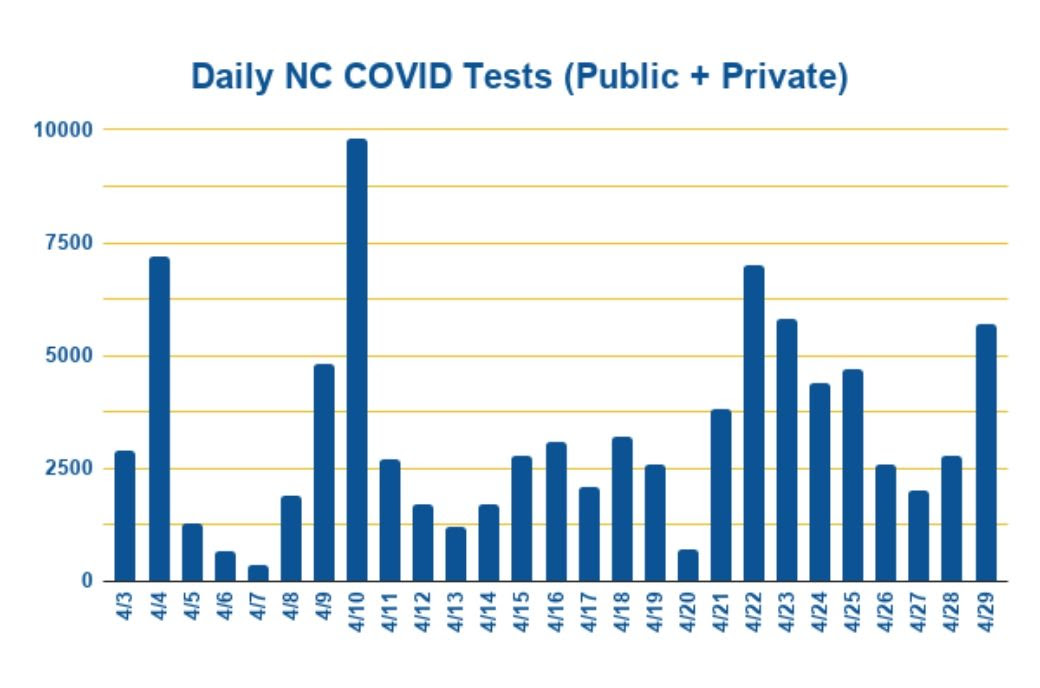 There’s also some cautious optimism around LabCorp’s new at-home COVID test, which just received FDA approval. They FedEX you the material you need to collect a nasal swab, you mail it back to them, and you check your results online. Initially, these tests will only be available to health care and front-line workers, but LabCorp believes it will be able to go wider in the next few weeks. (They may also do at-home antibody tests to determine if you’ve already had COVID, but this test is a molecular test to determine if you’re currently infected).
BIPARTISAN RELIEF BILL PASSES SENATE UNANIMOUSLY
Yesterday was our second day back in session. We passed a $1.4B COVID relief bill that was constructed in a very bipartisan way. A lot of input was given and taken from different groups.
This bill is essentially our first round of spending the $3.5b we just got from the federal government to help fund our COVID response. We aren’t spending it all at once, but this first round will be the single biggest piece.
Here’s the summary: 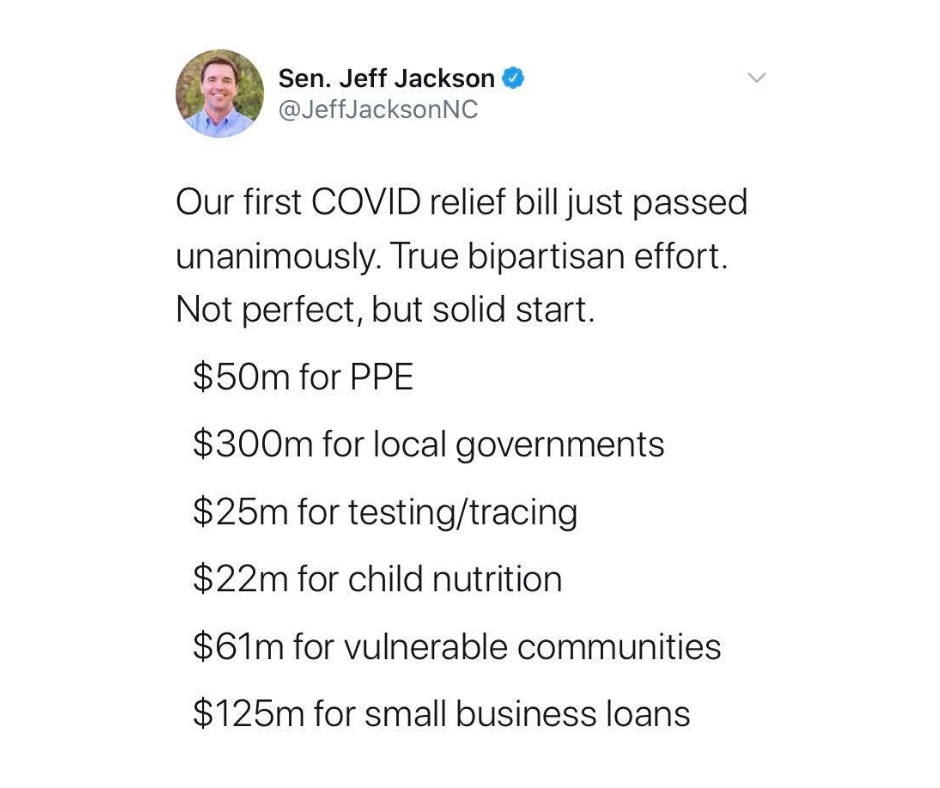 Important note: This is not final. This is just the senate bill. The house has their own version, which is broadly similar but contains a few major differences. When we pass a final, combined bill I’ll do a post that lays out the details.
QUICK ITEMS
You’re going to see a lot of activity from the state legislature over the next two weeks. I hope we can keep the bipartisanship going. I’ll keep you posted.