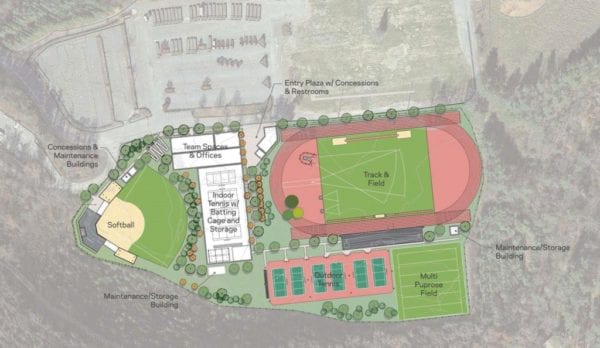 Appalachian State University received approval last week from the University of North Carolina Board of Governors on several upcoming development projects, including the 75-acre “Appalachian 105” property at the site of the old Watauga High School.

“Appalachian is the premier, public undergraduate institution in the state of North Carolina and a national leader in higher education,” said Appalachian’s chancellor, Dr. Sheri Everts. “To continue providing the highest quality educational setting, we must ensure a sound foundation, both in physical infrastructure and human potential. We appreciate the continued support of the Board of Governors in these goals.”

Four areas were designated as “Millennial Campus” status, meaning they can be developed through private partnerships as well as being able to secure financing through bonds, lease properties to private sector partners for development and retain revenues from those leases.

The Appalachian 105 area is currently being used for parking, but is expected to take on a whole new look in the coming years. The area will be the new home for App State softball, tennis programs and track and field teams. The space will include a new track that will be needed after the removal of the current track from Kidd Brewer Stadium. In addition a new softball field, there will be four indoor tennis courts, six outdoor tennis courts, a multi-use field and a building for office and team space. The expected cost of adding these athletic enhancements will be $11.8 million, according to the proposal presented to the Appalachian State Board of Trustees in August and what was presented to the UNC Board of Governors last week.

There will also be other development projects at the Appalachian 105 location besides just athletics. In January of this year, Appalachian reached out for some feedback on what the school should do with the Highway 105 property. Improved athletic facilities were one of the suggestions on the list. Other opinions included using the space for parking, a multi-purpose facility similar to the former Broyhill Center, student housing, an educational facility and outdoor educational space.